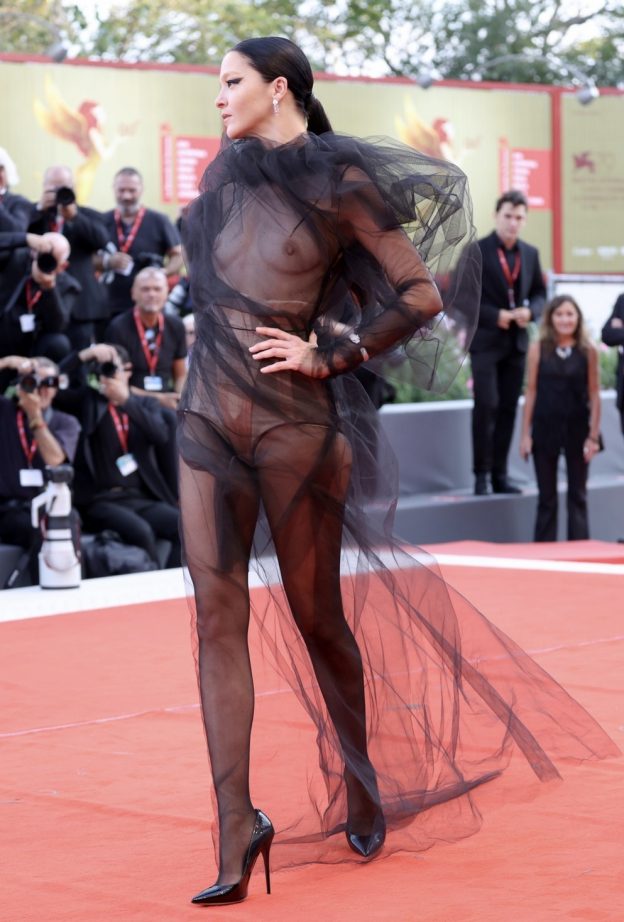 Mariacarla Boscono, a regular at the opening ceremony of the influential 2022 film Festival, attracted all the attention this year by appearing almost naked on the red carpet. In advertising campaigns and on the catwalks, the alien-looking Mariacarla wears Burberry and Valentino, but in Venice Jean Paul Gaultier has not changed for many years. Last year it was a dizzying velvet glamour, this year it was a complete provocation, couture “directed” by Gaultier in collaboration with Glenn Martens. 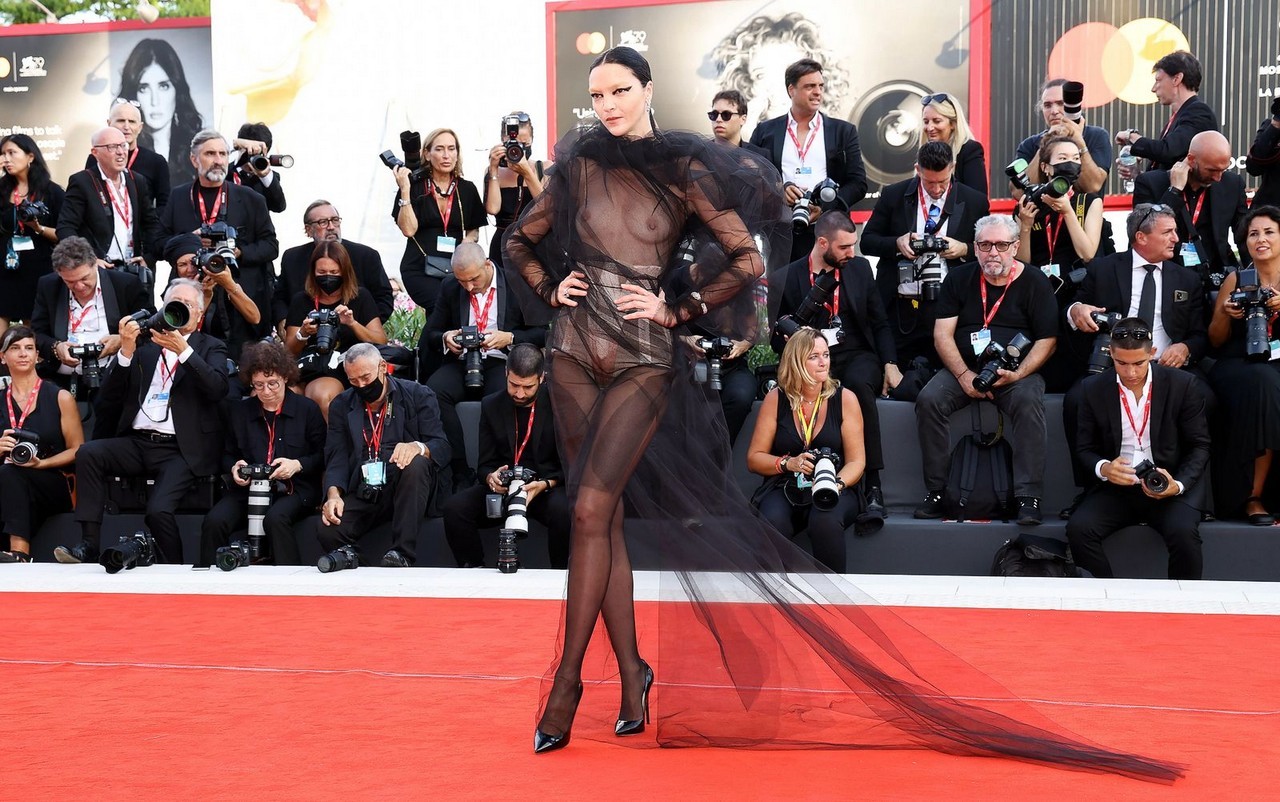 The invisible dress is the name of the outfit in which the supermodel appeared on the pier at the Lido Island, where the opening of the Venice Film Festival 2022 took place on August 31. It seems that Maryakarla was wrapped in a cloud of weightless transparent mesh. It is curious that in the original the dress was sewn with a body corset (“very Gauthier”), but shameless Mariacarla Boscono preferred to get rid of the corset, leaving only high panties and appearing in front of photographers with bare tits. 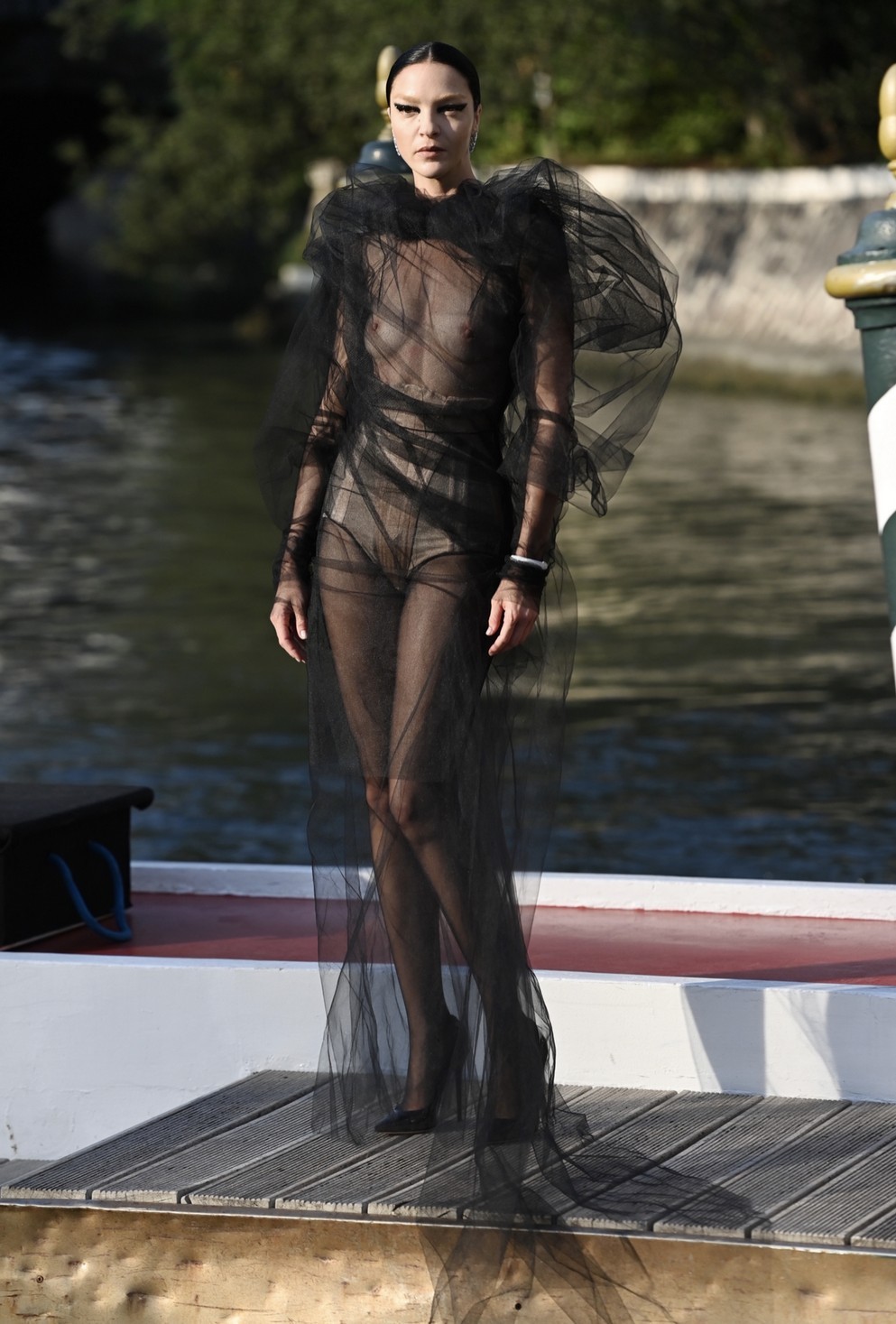 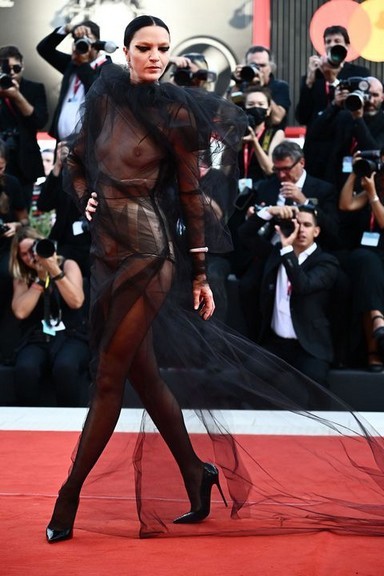 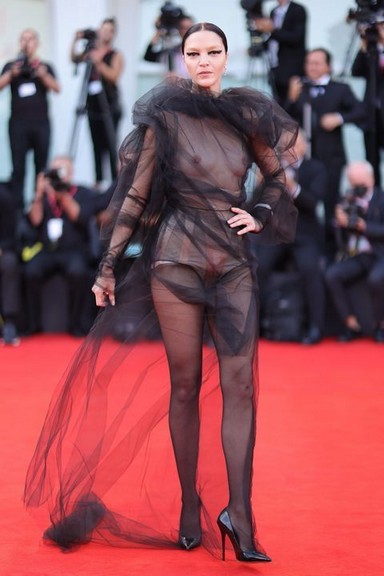 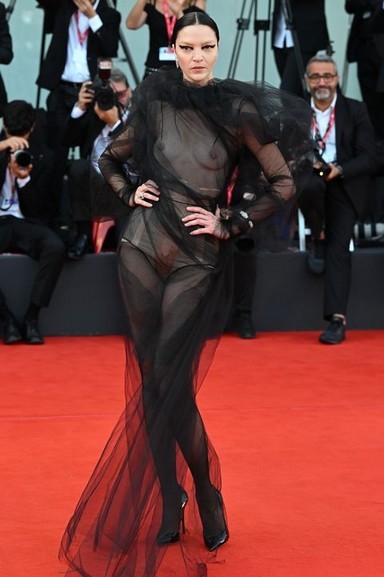