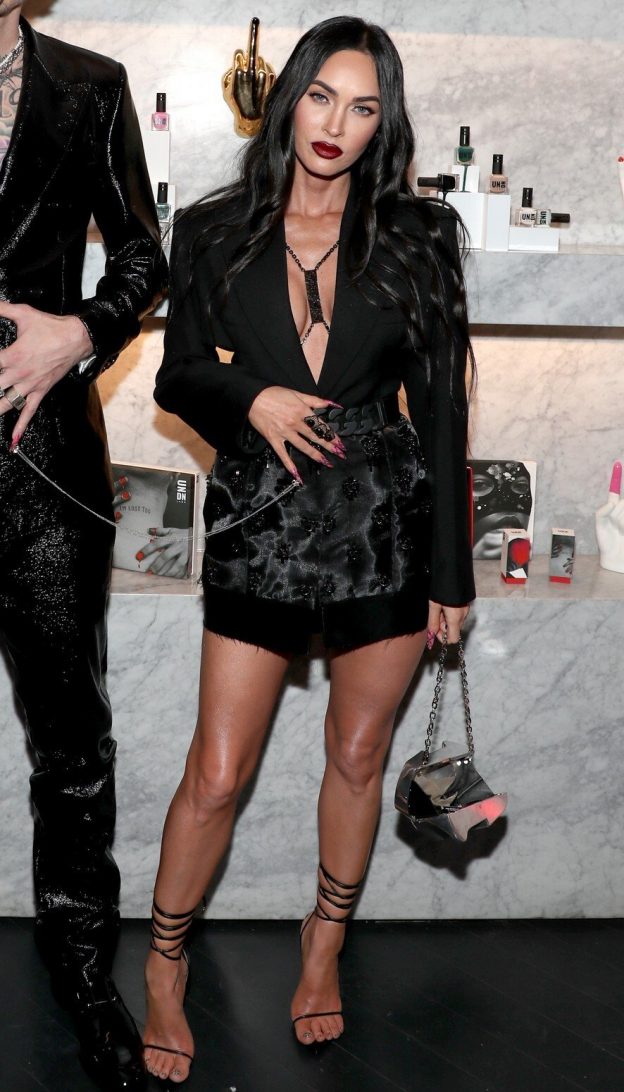 One of the most successful and in-demand musicians of the modern scene, Machine Gun Kelly, followed in the footsteps of his industry colleague Harry Styles a week ago and launched his own line of nail polishes. The brand was named UN/DN LAQR and this weekend it was officially presented to the star public at a closed presentation in Hollywood. 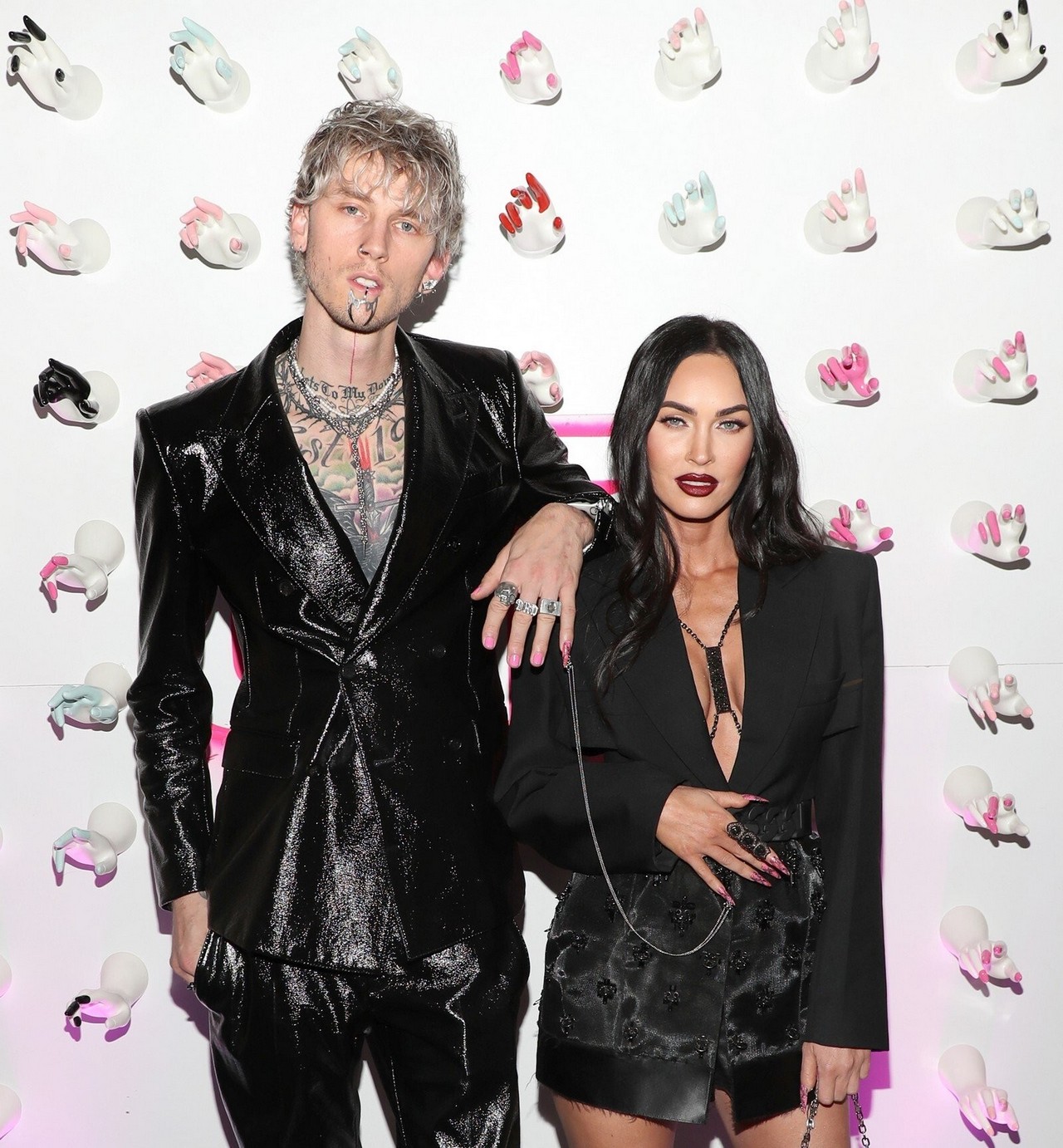 In addition to Machine Gun Kelly himself, his sexiest girlfriend Megan Fox also appeared at the party. The couple chose gothic black images for the evening and did not part for a minute. Megan looked sizzlingly sexy in an avant-garde jacket dress with applique from the Givenchy 2022 cruise collection. 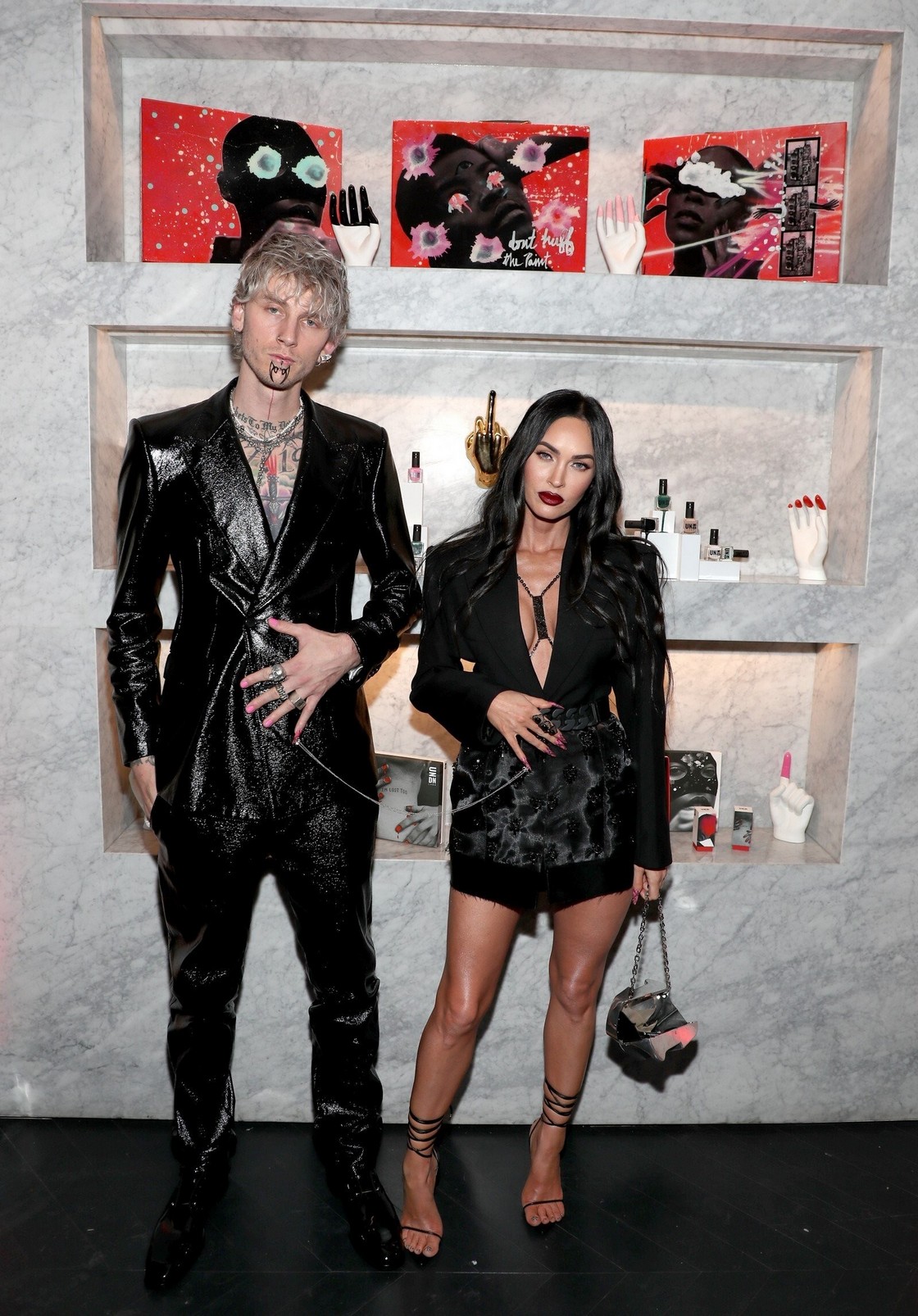 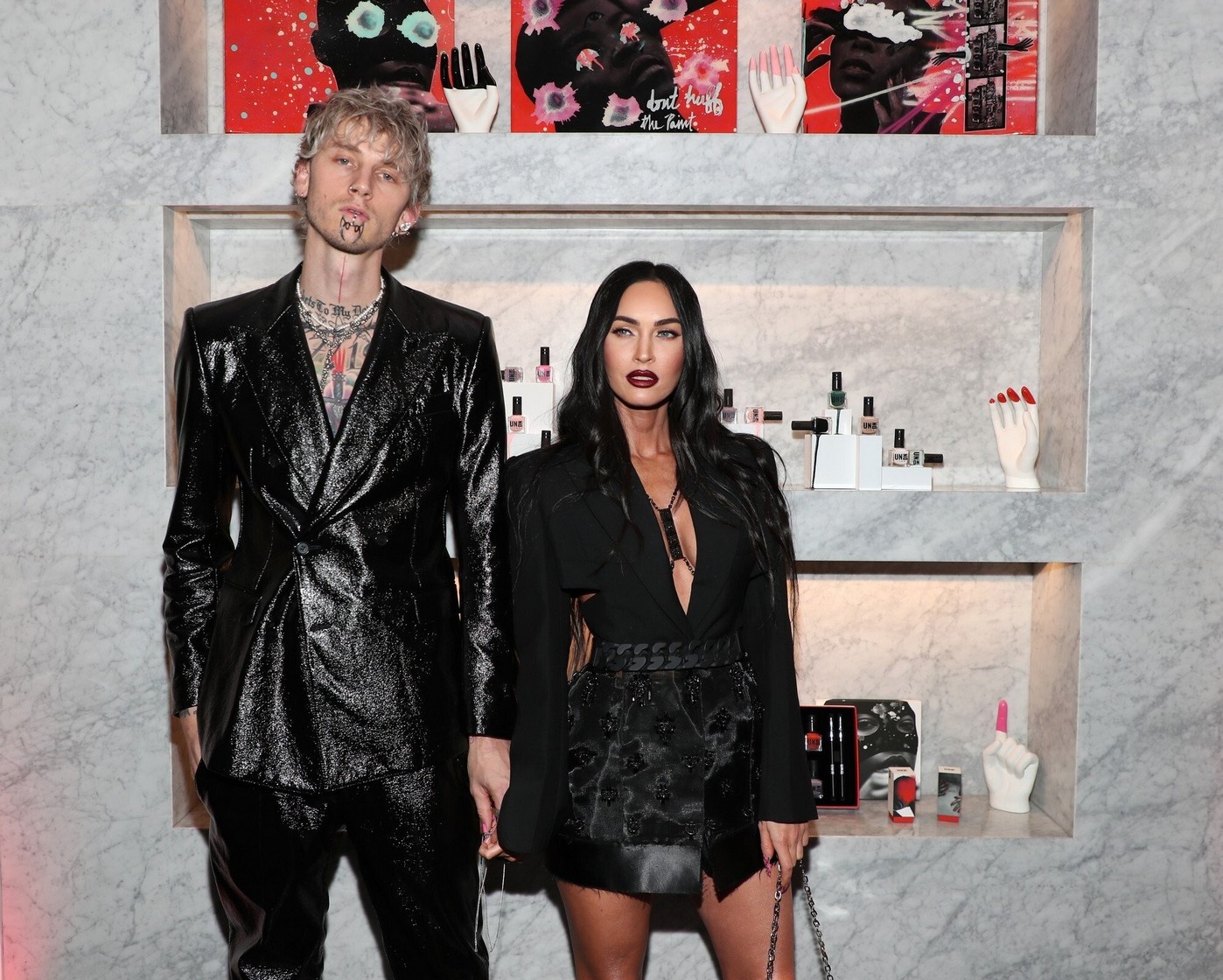 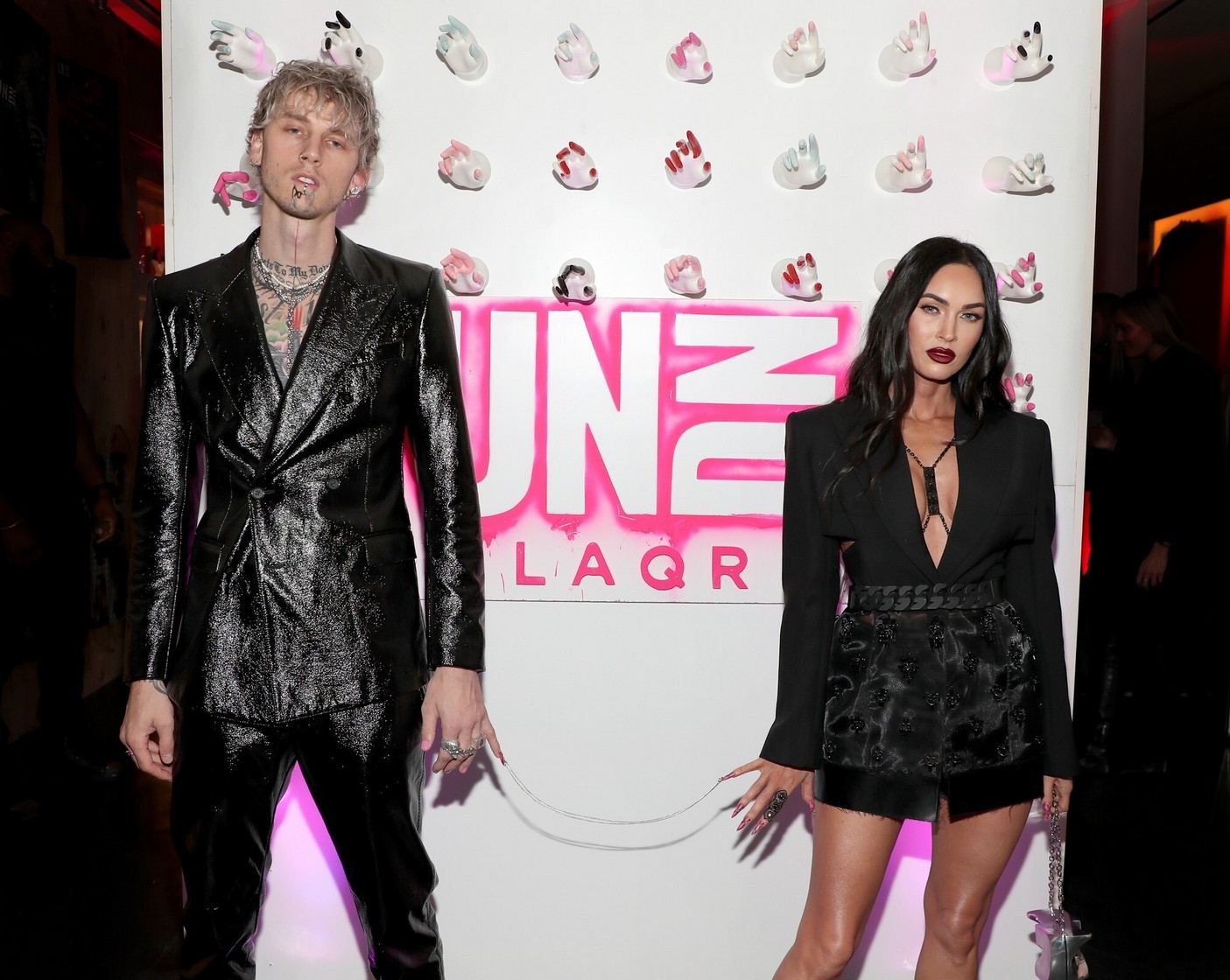 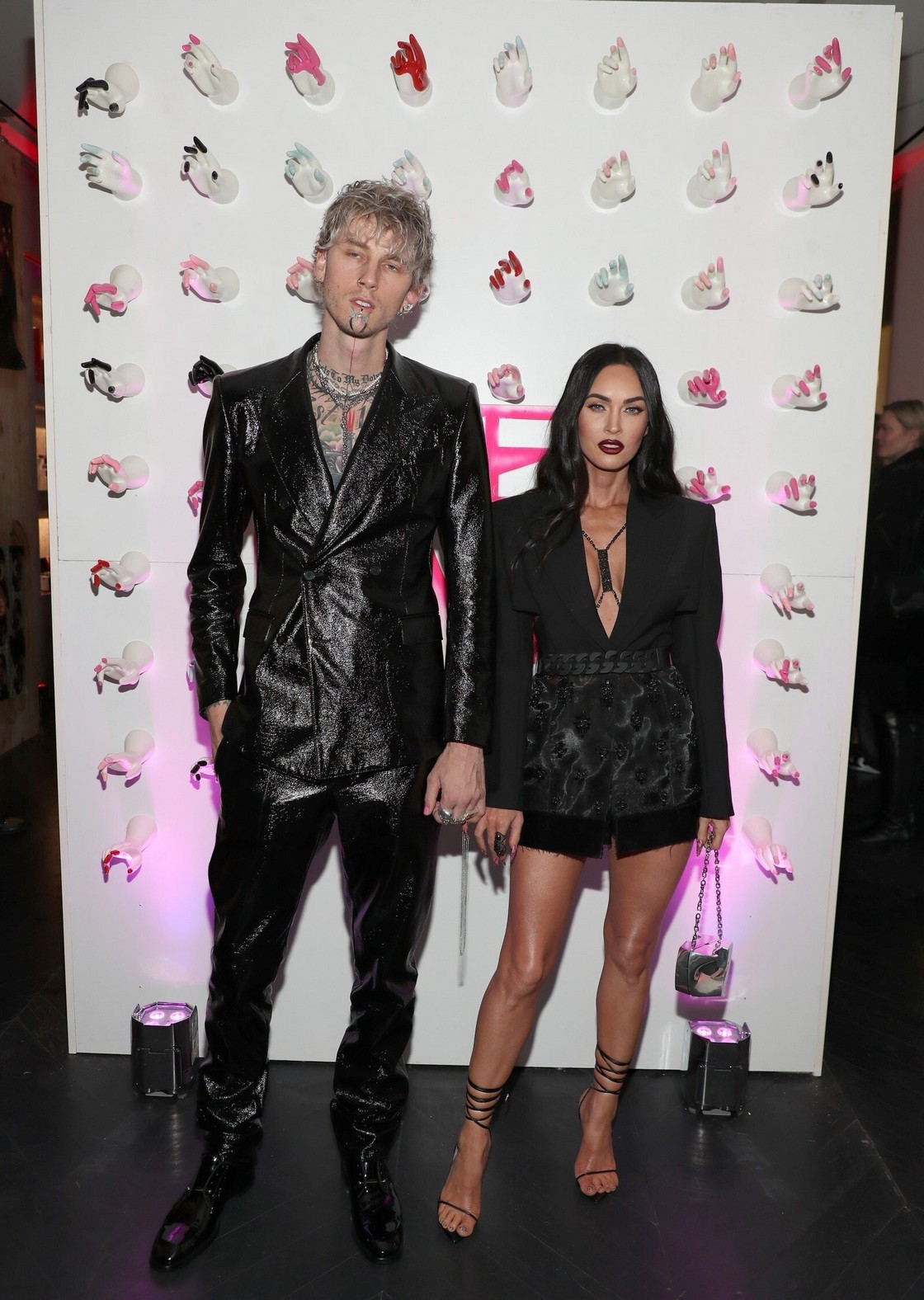